Angelina Jolie, previously, explained why she and Brad Pitt didn't tie the knot shortly after they started dating.

Unfortunately, the long wait to wed ended in a divorce. Two years after exchanging their "I Dos," Jolie and Pitt announced their split.

In 2007, the Maleficent: Mistress of Evil star spoke with Vogue to explain why she and Pitt didn't rush into marriage.

"We have both been married before, so it's not marriage that's necessarily kept some people together. We are legally bound to our children, not to each other, and I think that's the most important thing," she said.

Jolie also said that her mindset about marriage is quite different from Pitt. But at the end of the day, she thinks that they are a very funny combination.

"My opinion of marriage comes from a very cynical place. Do you want to kill your spouse? For me, that's a serious question. And Brad Pitt comes from a place of what a funny idea, to kill the person you're married to because he has a happy marriage," Jolie said. 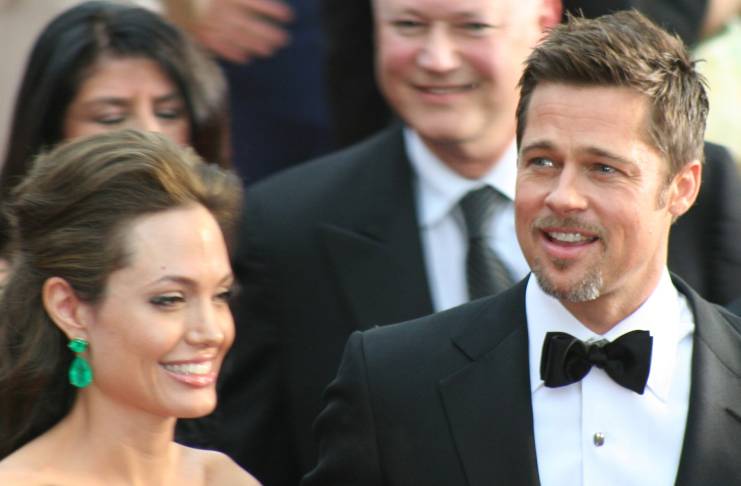 During the same interview, Angelina Jolie detailed how her relationship with Pitt progressed after they joined the cast of Mr. & Mrs. Smith. Jolie admitted that Pitt was a huge surprise to her. After all, she wasn't really looking for a relationship then.

Jolie said that she was quite content being a single mom to her eldest adopted child, Maddox. Pitt, on the other hand, was still with Jennifer Aniston.

"Because of the film we ended up being brought together to do all these crazy things, and I think we found this strange friendship and partnership that kind of just suddenly happened. I think a few months in I realized, God, I can't wait to get to work. Whether it was shooting a scene or arguing about a scene or gun practice or dance class or doing stunts—anything we had to do with each other, we just found a lot of joy in it together and a lot of real teamwork. We just became kind of a pair," she gushed.

Today, Angelina Jolie and Pitt reportedly have a cordial relationship with each other. However, things haven't always easy for them. In fact, the former couple fought over the custody of their kids for a few years.