Ellen DeGeneres, reportedly, has a sensitive nose and she asks her staff to chew gum to make sure that she won't smell their breath.

Writer and comedian Benjamin Siemon previously revealed that there's a bowl of chewing gum outside the office of Ellen DeGeneres. And it is common knowledge that before talking to her, everyone must grab a gum first.

"And if she thinks you smell that day, you have to go home and shower," he tweeted.

"I'm almost positive a certain beloved daytime talk-show host once had me kicked out of a backstage dressing room at the Emmy Awards. I can't prove it, but this person, who has short blonde hair, has a mean streak that all of Hollywood knows about," Griffin said. 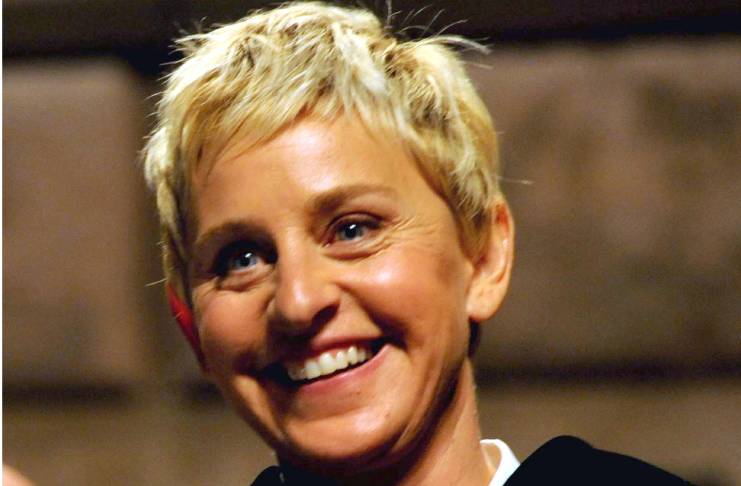 Years ago, Caitlyn Jenner also expressed her disappointment at DeGeneres after she appeared on her talk show. At that time, Portia de Rossi's wife asked Jenner on her thoughts about marriage equality.

The Keeping Up With the Kardashians alum said that she's a traditionalist. As such, the only marriage that she knows is the one between a man and a woman. DeGeneres, who has been married to de Rossi since 2008, became visibly upset with Jenner's answer.

When the comedian appeared on The Howard Stern Show, she lambasted Jenner. Ellen DeGeneres also said that Jenner wants the world to accept her, but her views on marriage equality aren't inclusive.

In her book, Jenner fired back at DeGeneres. Kris Jenner's ex-husband told DeGeneres that if the word marriage is so important to her, she would accept it.

DeGeneres was accused of being mean to her staff. The host, allegedly, hired an independent team for her at-home episodes after the lockdown. Her staff was worried about either losing their job or getting a 60 percent pay cut.

According to Variety, more than 30 employees did not receive written communication about the status of their pay, working hours, and more following the coronavirus lockdown.

However, a spokesperson for Warner Bros. Television expressed their commitment to taking care of their staff and crew during the coronavirus pandemic.

To date, new episodes of Ellen Show featuring Ellen DeGeneres continue to air five times a week. Prior to the lockdown, the in-studio episodes aired four times a week.