Ellen DeGeneres recently gave her mom, Betty a haircut on her 90th birthday.

Ellen DeGeneres shared the haircut video on her Instagram account. In the clip, the Ellen Show host cut her mom's hair short.

Initially, Betty seemed worried about how her new hair would look. But when she saw what DeGeneres had done, she seemed pleased.

However, DeGeneres received flak on social media for cutting her mom's hair. Some people accused her of using the hair cut as a publicity stunt.

There were also some critics who accused the comedian of elderly abuse for simply cutting her mom's hair.

Gossip Cop quickly came to DeGeneres' defense by saying that they like the haircut that she gave to her mom.

The publication also said that DeGeneres didn't abuse her elderly mom in any way. After all, getting a haircut is a timely present because Betty cannot visit the salon due to the coronavirus pandemic.

Gossip Cop also stressed the fact that tabloids have been preying on DeGeneres and Portia de Rossi throughout the past couple of weeks. 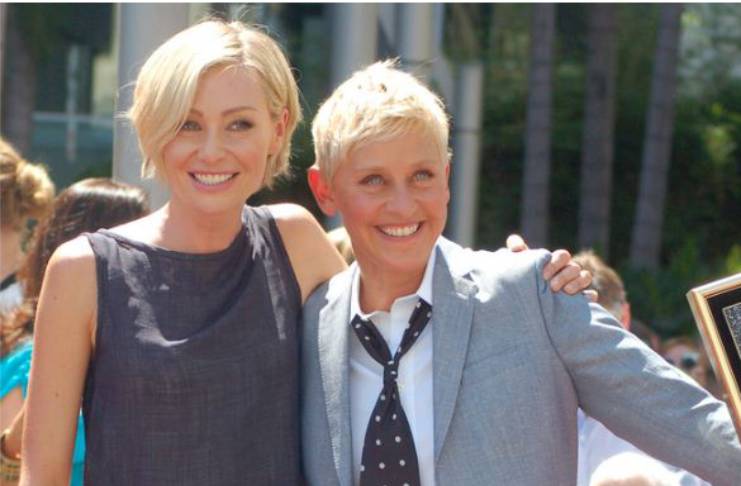 Last month, Woman's Day claimed that the couple's marriage was already at its breaking point. A source told the tabloid that Ellen DeGeneres is a diva and de Rossi is the one who's suffering the most.

"Ellen's always been, shall we say determined. But the past few years, she's crossed the line and pushed her staff way too hard," the source said.

The insider also claimed that the comedian's staff is terrified of her. And at home, the funny woman is also having problems with de Rossi.

"Ellen has always had the upper hand over Portia and that’s the way she likes it. She bosses her around like nobody’s business and Portia puts up with it because she feels like Ellen gave her this luxurious existence in mansions and all the pet horses she could ever dream of. You can't blame Portia if she doesn’t want to leave her. Ellen’s one of the most well connected, wealthy, and powerful people in Hollywood and could easily run Portia out town if they were to break-up," the source said.

Gossip Cop also debunked the claims made by the tabloid. Today, DeGeneres and de Rossi are still together.

And during their recent public outing, the couple remained unfazed by the criticisms thrown at Ellen DeGeneres.