Aardman Animations has announced it will be releasing a follow-up to Chicken Run, and the movie will be making its worldwide debut on Netflix.

Aardman confirmed the news through its official website, while also posting about this latest development through its Twitter page.

Twenty years since the release of Aardman's first full length feature, Chicken Run, we're excited to confirm the return of Ginger, Rocky and the rest of the coop, in partnership with @netflix.

According to the animation studio, full production will commence by next year, and although there is no official release date yet, the sequel will be launched globally through Netflix, except for China.

Per the official announcement on Aardman Animations' website, June 23 happens to be the 20th-anniversary date of the theatrical release of the original Chicken Run movie.

Now considered a classic in the world of animation, the 2000 DreamWorks film still holds the title of highest-grossing stop-motion animated movie of all time, besting other all-time greats such as 2009's Coraline and 1993's The Nightmare Before Christmas (both directed by Henry Selick).

The original movie tells the story of a group of chickens on a farm who hatch a plan to escape their man-made prison and avoid being turned into chicken pies. 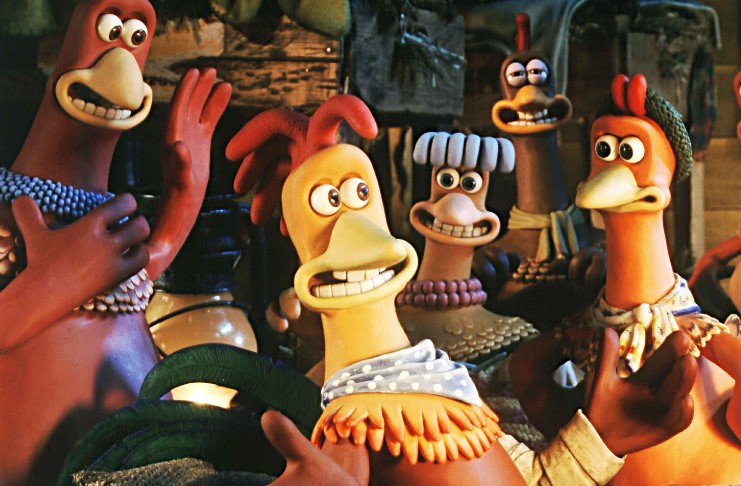 They managed to do so with the help of a cocky Yankee rooster named Rocky (voiced by Mel Gibson), who was supposed to teach them how to fly. Of course, things never go as planned, but with some pluck and some luck, they got to taste freedom at last.

Fast-forwarding to 2020, these chickens will get another round of cinematic adventure, and should get a boost through Netflix's global reach.

The story this time around

Rocky and Ginger, the leader of the farm chickens, now have a little girl called Molly, and they continue to live a happy-ever-after life on their island sanctuary, safe from meddling and fowl-hungry humans.

But Molly seems to become more and more restless cooped up on the island, and is longing to explore the rest of the world. Meanwhile, on the mainland, a new threat has surfaced, and Ginger and her feathered friends will now have to break in to save the chicken-kind.

The first Chicken Run movie was directed by Peter Lord and Nick Park, who both openly acknowledged that the film was largely inspired by the classic action movie The Great Escape.

Our favourite feathered escapees are back – except this time, they're breaking in. #ChickenRun is getting a sequel, and it goes into production in 2021! pic.twitter.com/EsD8UgDQmE

For the upcoming sequel, Aardman Animations has enlisted the talent of Sam Fell, a stop-motion animation director who co-directed 2012's ParaNorman.

But instead of taking inspiration again from The Great Escape, the follow-up will be more of a Mission: Impossible type of movie.