Amber Heard, previously, accused Johnny Depp of relapsing into a cycle of substance abuse during their marriage.

In the court documents filed by Heard in 2016, the Aquaman actress claimed that Johnny Depp is an alcoholic and a drug addict.

"His drug and alcohol abuse has increased dramatically in recent years, as his violent behavior," Heard said in her court filing.

Johnny Depp opened up about his addiction

The Pirates of the Caribbean star has always been candid about his struggles. In 1997, Depp told Vanity Fair that he started smoking at a very young age because he was unhappy. Shortly after he got his hand on smoking, Depp started drinking and taking drugs.

"Oh man, yeah. Johnny was unhappy then… It was a pretty dark time for me. I don't know what was going on. Well, I was poisoning myself beyond belief. I'd eat that glass, man. There was a lot of liquor. A lot of liquor. I was pretty unhealthy," he said.

Johnny Depp admitted to poisoning himself

In 2005, Depp also talked about his struggles during an interview with Rolling Stone.

"I spent years poisoning myself. I was very, very good at it. But finally, I was faced with a critical decision: Do I want to continue to be a [expletive] or do I not want to be a [expletive]? It was best to stop. Now I look back and say, ‘Why? Why did I do that?'" Johnny Depp said.

In 2008, the Edward Scissorhands actor told The Boston Globe that he never really wanted people to look at him. In fact, he enjoyed his alone time. But shortly after he turned into some kind of novelty, he resorted to drinking. 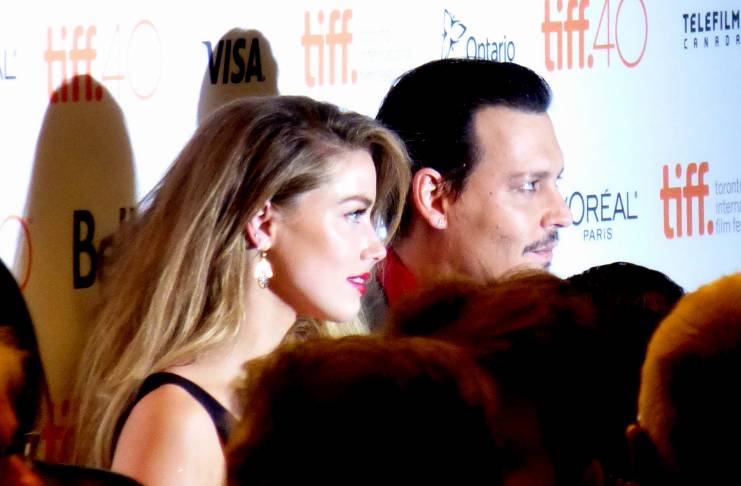 Depp has also accused his ex-wife of taking drugs amid their bitter divorce battle. In the court documents obtained by Daily Mail, Depp talked about Heard's arrest at the airport following an alleged altercation between her and her ex-girlfriend, Tasya van Ree.

According to the actor's accounts, it was van Ree that asked the police to arrest The Rum Diary actress. However, Heard wasn't charged because she and her ex-girlfriend weren't residents of King County, Washington.

Depp also accused Heard of lying about the domestic violence incident under oath. The actor also accused his ex-wife of calling the arresting officer homophobic.

Depp, allegedly, suggested that Heard's behavior was due to her drinking and her taking of prescription drugs.

"While mixing prescription amphetamines and non-prescription drugs with alcohol, Ms. Heard committed innumerable acts of domestic violence against me, often in the presence of third-party witnesses, which in some instances caused me serious bodily injury. Multiple of these commissions of violence against me she has even admitted to under oath," Johnny Depp said.