Brad Pitt is, allegedly, upset that Angelina Jolie is dating one of her bodyguards.

Last year, National Enquirer reported that Jolie was growing close to one of her hunky security guards. The Maleficent: Mistress of Evil actress, allegedly, developed a close relationship with her bodyguard while shooting the film Those Who Wish Me Dead in Mexico. An unnamed source claimed that Brad Pitt didn't take the news of Jolie dating again well. However, no concrete pieces of evidence can confirm that these hearsays are true as of this writing.

Still, the source insisted that Jolie melts when she's around the mystery man. And the actress, allegedly, dotes on him like he's her entire world. Since Jolie filmed her movie in Mexico, she and her bodyguard were inseparable for weeks. 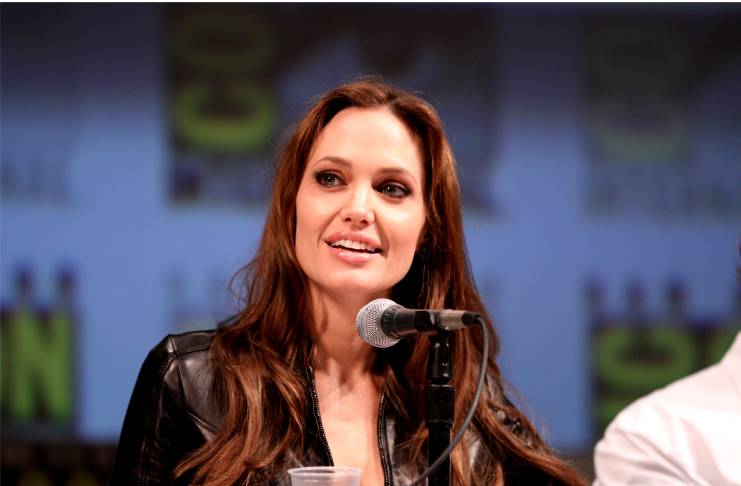 The insider also claimed that Jolie's bodyguard managed to win the hearts of the actress's six children. After all, he has, allegedly, been showering them with gifts.

However, Pitt is, allegedly, having a hard time with the idea that he would one day see his kids bonding with another guy.

"But Angie has the right to move on and there's nothing to stop her from dating whoever she wants… It would make sense if she's jumped in and started dating this guy, but only time will tell if she confirms either way," the unnamed source said, as per National Enquirer.

One year has passed and Jolie is still single. And Brad Pitt still doesn't have a say in his ex-wife's dating life if and when Jolie decides that it's time to date.

According to Gossip Cop, the claims made by the tabloid are incorrect. While Jolie was accompanied by her bodyguard while filming in Mexico, she didn't fall in love with one of them.

It is also untrue that Jolie's bodyguard has been showering the actress's gifts with presents. After all, the actress isn't dating anyone of them.

Is Brad Pitt jealous of his kids’ male nanny?

In the past, the same tabloid published a dubious story about Pitt being unhappy with the "manny" that Jolie hired for their children. According to Radar Online, Jolie and Pitt's children have started bonding with their male nanny, Oliver Crane.

An unnamed source told the tabloid that Crane immediately became a father figure to Jolie's kids since Pitt is not always around. However, no concrete pieces of evidence can confirm that these hearsays are true as of this writing.

It is also important to note that Brad Pitt gets to hang out with kids regularly.