Although the Dune adaptation from director Denis Villeneuve will be released in two parts, Greig Fraser said the upcoming movie will be a completely standalone feature.

In an exclusive interview with Collider, Dune's director of photography, Greig Fraser, has revealed that, despite Denis Villeneuve's plan to deliver his adaptation in two separate releases, the first of the pair will be able to exist on its own, independent of the second installment.

The first entry is scheduled to be released in December 2020 and is considered one of the most highly-anticipated science fiction movies of 2020, along with Christopher Nolan's mind-bender Tenet.

Based on the now-classic 1960s science fiction novel by Frank Herbert, Dune follows the adventures of one Paul Atreides, who is on a mission to travel to the distant world of Arrakis.

On that planet, Atreides has to get hold of "the spice," a substance that could not only supercharge one's mental faculties and abilities but also has the power to extend the life of anybody who possesses it.

In his quest, Atreides has to navigate through all sorts of challenges, including other factions of a feudal intergalactic society who want "the spice" for less than noble intentions.

Directing this roster of stars and character actors is Villeneuve, the French Canadian director who cemented his sci-fi credentials with recent critically acclaimed epics such as Blade Runner 2049 (with Ryan Gosling) and Arrival (with Amy Adams).

Apart from directing duties, Villeneuve is also handling co-scriptwriting duties, along with two other scribes, Jon Spaihts (2017's The Mummy) and Eric Roth (2018's A Star Is Born). Of course, the cinematographer is no slouch either. 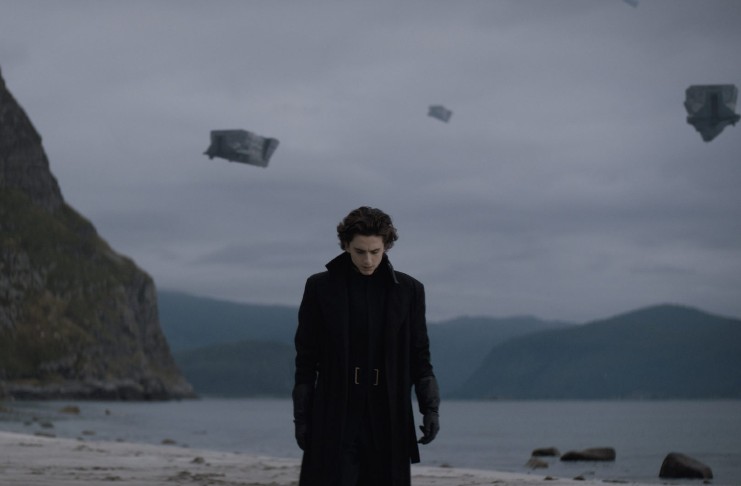 No stranger to strange worlds

With his track record, cinematographer Greig Fraser seems like an appropriate fit for Villeneuve's adaptation of Dune.

The Australian DP, after all, is the man behind the lens of recent sci-fi and fantasy epic productions like 2016's Rogue One: A Star Wars Story and 2012's Snow White and the Huntsman, as well as a trio of episodes from last year's TV series hit The Mandalorian.

In shooting Dune, Fraser describes it as an overall beautiful experience, while also commending the talents of the production crew and of course, the star-studded cast.

Of Villeneuve, Fraser stated that even with filmmaker's plan to release Dune in two parts, the director's first entry coming this December should deliver a fully formed epic story in itself.

Warner Bros is planning a December 18 release date for Dune. Apart from Dune, other upcoming projects from the film studio also include The Batman (with Robert Pattinson), Matrix 4 (with Keanu Reeves returning), and a Demolition Man reboot (but still with Sylvester Stallone).