The story from Bloomberg confirms that 2K relegated on a deal, only to poach Star Theory Games’ people. Take-Two also confirmed on the same report that they sent emails to take the team under their wing.

The founders of Star Theory, Jonathan Mavon and Bob Berry, were in talks with Take-Two, the owner of the KSP IP. Both men were in the middle of negotiations for Kerbal 2. As talks broke down, Take-Two pulled their contract out on December 6.

This event became the start of a sketchy history.

According to the above reports from Bloomberg, Take-Two allegedly messaged Star Theory employees on LinkedIn. They informed everyone that they’re hiring people for their upcoming studio under the Private Division label of 2K.

“This was an incredibly difficult decision for us to make, but it became necessary when we felt business circumstances might compromise the development, execution and integrity of the game,” said Private Division exec Michael Cook in the message. “To that end, we encourage you to apply for a position with us.”

The entire cancellation of the contract with Take-Two became a problem for the company. Without the financial backing from the company, Star Theory is in ruins. They were the only source of funding for the company at the time.

Because Take-Two noted that they were developing a Kerbal Space Program sequel, they said they wanted to hire everyone.

“We are offering a compensation package that includes a cash sign-on bonus, an excellent salary, bonus eligibility, and other benefits,” Cook wrote.

Both founders, with no knowledge of what transpired, informed their people of the relegation. Berry and Mavor also encouraged their people to stay but to no avail.

The Bloomberg report says that the next few weeks were chaos. The studio for Kerbal 2 was breaking apart, with as many as a thirds of their people poached. The people that went included the studio’s head and creative director. 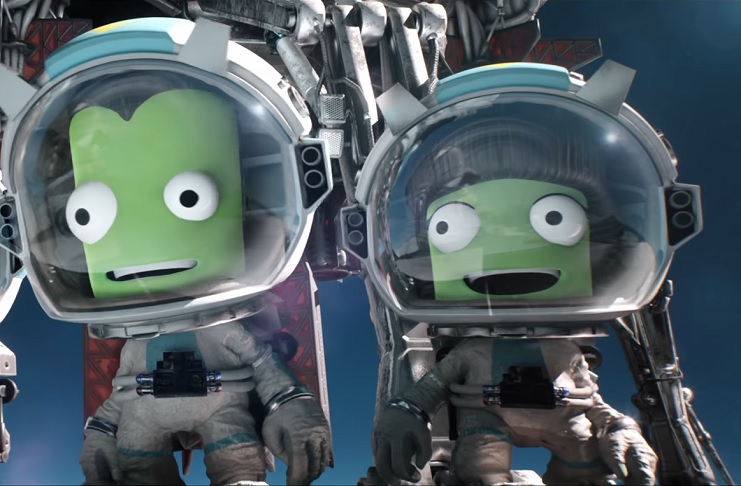 The COVID-19 pandemic didn’t do any favors for Star Theory. The team had no way to find any publishing agreements to keep the company afloat. The studio closed its doors in March, and any hope to save the business died.

Within the same report from Bloomberg, Cowen & Co industry analyst Doug Creutz questioned the beyond cutthroat move done by Take-Two.

“You could be taking a reputational risk (as well), if you want other studios to work with you and it appears that you play this kind of move when things don’t go the way you want,” said Creutz.

Intercept Games, the current dev team within Private Division, is handling Kerbal 2. More than half of the original dev team from Star Theory Games is now working for Intercept.