Meghan Markle and Prince Harry's relationship is, allegedly, being tested again because of the Duke of Sussex's ex-girlfriend, Chelsy Davy.

According to Woman's Day, Meghan Markle wasn't pleased when she found out that Prince Harry has a secret Facebook account. And that her husband's profile photo on his secret account is of him and Davy. However, no concrete pieces of evidence can confirm that these hearsays are correct as of this writing.

Does Meghan Markle think Chelsy Davy is the one that got away for Prince Harry?

But the unnamed source alleges that Markle has been keeping an eye on Davy because she knows that she's the one that got away for Prince Harry. The insider also alleged that Prince Harry and Davy are still in touch.

"Meghan has always feared that given the chance, Harry would have picked Chelsy over her, and news of this secret account has sent her head spinning. She's wondering if he still has any secret Instagram or Facebook accounts, and whether he uses them to chat with Chelsy," the unnamed source said, as per Woman's Day. 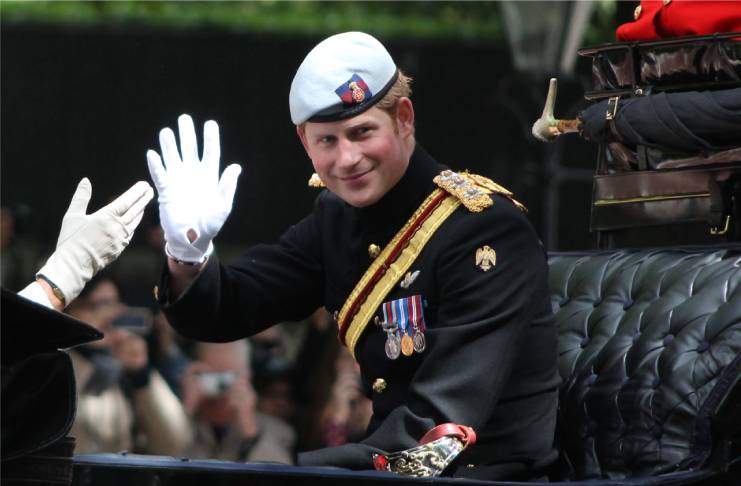 According to the insider, Markle's jealousy over Davy is the reason behind the former actress and Prince Harry's decision not to invite Davy to their wedding reception. However, it is important to note that Davy attended the Duke and Duchess of Sussex's royal wedding in 2018.

One should take the claims made by the tabloid with a grain of salt because Meghan Markle has not said anything negative about Davy until today. It is also unlikely for Markle to be jealous of Davy because the latter's relationship with Prince Harry is long over before the Sussexes started dating.

According to Vanity Fair, Prince Harry and Davy also had a final call before the former's royal wedding to Markle. Prince Harry told his ex-girlfriend that he was moving on during their final conversation.

"It was their final call, a parting call in which they both acknowledged Harry was moving on. Chelsy was quite emotional about it all, she was in tears and almost didn't go to the wedding. In the end, she went and promised Harry she wouldn't try and gatecrash the party," the source said.

Prince Harry and Davy dated on and off for seven years. And they officially called it quits in 2010.

While speaking with Daily Mail in 2016, Davy admitted that she couldn't cope with the demands of her relationship with Prince Harry.

"It was so full-on: crazy and scary and uncomfortable. I found it very difficult when it was bad, I couldn’t cope. I was trying to be a normal kid and it was horrible," Davy said.

Today, Prince Harry and Meghan Markle are still together. And there is no evidence that they are on the brink of divorce due to Davy or any other reason.