Portia de Rossi and Ellen DeGeneres both felt the need to legally marry each other years ago.

During their interview on the Oprah Winfrey Show, Portia de Rossi shared that she and DeGeneres planned to surprise her with a commitment ceremony at their joint birthday party.

The couple decided to have their commitment ceremony on August 16. And during that time, gay marriage became legal in California. De Rossi called the timing of events a gift because gay marriage was finally legal. 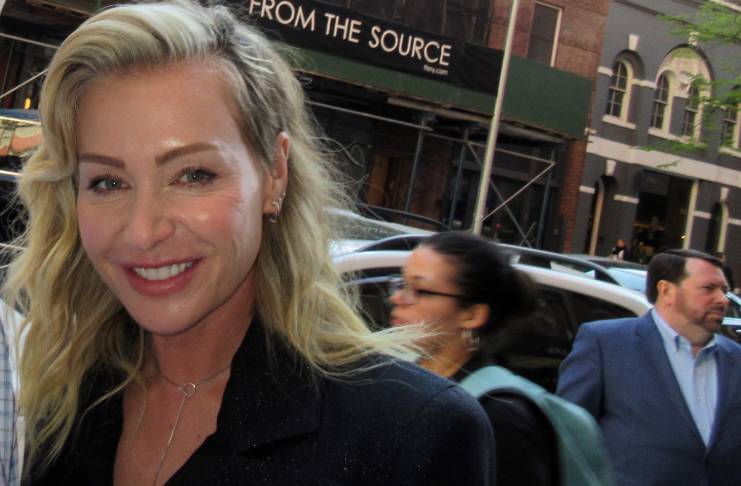 Winfrey asked de Rossi if it was important for her to marry the Ellen Show host, and she said yes.

"Yes, it's important to be married because as a gay person, it's hard to know the difference between being married and having that kind of legal stamp of validity to your relationship. It's hard to know how that actually feels until it happens and that's why it's so important… that everybody gets to have that feeling…" she said.

"And also, the thing about being a gay couple is that you know, in the past, you've referred to your wife and there were quotation marks around it. And there was always that chance that people kind of snigger about it. But now it's a fact. It's the law. She's my wife, I get to say that she's my wife and that's just the way it is. It's a fact," Portia de Rossi said.

Winfrey asked de Rossi and DeGeneres if they call each other wife, and the couple said yes. The comedian also joked that it would be weird to call de Rossi her husband.

"And you know, anybody who's married knows there's a difference. It feels like you're home. There's an anchor, there's safety. I mean, I'm gonna be with her till the day I die…" she said.

De Rossi and DeGeneres tied the knot in 2008. And they are still very much in love with each other.

While speaking with The Advocate in 2005, de Rossi gushed over her wife while talking about the time that DeGeneres came out to the world.

"She was so courageous and loud in '97, and now she is doing something that is more subliminal. She's changing the world, she really is, and it's exciting to be a part of that. It's hard having a relationship that's public. And it's hard living a life that's somewhat public and hard when you put that life together with someone who is so famous and so loved and admired. It's also really exciting," Portia de Rossi said.