Eight minutes of gameplay from Samurai Jack: Battle Through Time, the new video game based on the hit television animated series, got showcased via a live stream at IGN's Summer of Gaming 2020.

The IGN live stream featured an interview with Genndy Tartakovsky, the animator and creator of the animated show that originally aired back in 2001 on Cartoon Network, and has since found a new home on Adult Swim.

As for Samurai Jack: Battle Through Time game, it is being developed by Soleil, the game development company also responsible for 2018's Naruto To Boruto: Shinobi Striker.

From TV screen to consoles

Debuting nearly a couple of decades ago, the Samurai Jack was created by Tartakovsky after the animator had concluded another hit Cartoon Network series, Dexter's Laboratory.

Samurai Jack follows the adventures and misadventures of an unnamed Japanese samurai with an enchanted katana who gets sent in time to a desolate future ruled by Aku, the same shape-shifting demon he nearly defeated in the past.

Although the original Cartoon Network series had lasted for four seasons until 2004, fans of the show never got to see the story get finished in the 2000s. 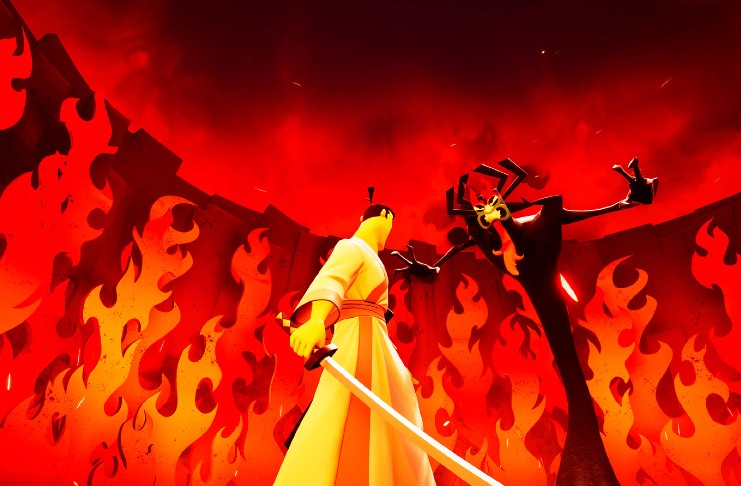 Nevertheless, they got their wish from more than three years ago, when the fifth season premiered on Adult Swim's Toonami brand in 2017.

Throughout its run on the small screen, Samurai Jack earned acclaim from critics and collected plenty of awards along the way, including multiple Primetime Emmy Awards (like the Outstanding Animated Program) and half a dozen Annie Awards.

What to expect from Battle Through Time

Now, Samurai Jack is poised to share his adventures with gamers everywhere through the Samurai Jack: Battle Through Time video game, which is expected to be released this summer.

As noted by PC Invasion, the game will be made available on PC, Sony's PlayStation 4, Microsoft's Xbox One, and Nintendo's Switch.

Based on what was teased on IGN's Summer of Gaming live stream interview with Tartakovsky, Samurai Jack: Battle Through Time's gameplay should look and feel like the 2000s animated show it drew direct inspiration from.

As confirmed by Tartakovsky, the original cast of voice actors from the animated series will all reprise their roles, except for Mako Iwamatsu, who passed away in 2006.

In terms of the story, the game will take place just before Samurai Jack's last battle with Aku, wherein the master swordsman is trapped in an alternate timeline wherein he has to team up with his trusted allies in order to defeat all sorts of baddies on his way to a final confrontation with his mortal enemy.