Co-op horror shooter GTFO will receive its third update called The Vessel on June 11. The update will add seven missions set within "the Lab."

GTFO will also get a fresh set of weapons in The Vessel update for the players to enjoy. More arms mean more ways to beat down the horrible creatures. More monsters are expected to come out in this latest update as well.

According to the game dev 10 Chambers Collective, the team will not add more details to prevent spoiling the fun. What they promise is that there is more story than meets the eye for their horror survival game.

So far, the story of GTFO is an abject mystery, with sparse details sprinkled here and there. While 10 Chambers promises to keep it that way, they'll add more clues to spark discussions.

The game thrives in its discussions in Discord, where players powwow to discuss in-game lore. The new clues will give players more context on what is happening in the Complex.

The game is also getting more help for the entire experience. GTFO devs hired more people to their team to make the programming more tightknit. Since early development, the team also had DOOM Eternal's story dev Adam Gascoigne.

The blog also boasts added support in their art and design department, finding "someone very fitting for GTFO."

Matchmaking and other features not yet ready with new rundown

The Vessel not only adds more in-game content but adds Steam Trading Cards too. The game will add this extra content at the same time the new rundown is released.

10 Chambers also notes that some much-awaited features like matchmaking are not yet ready for this rundown. 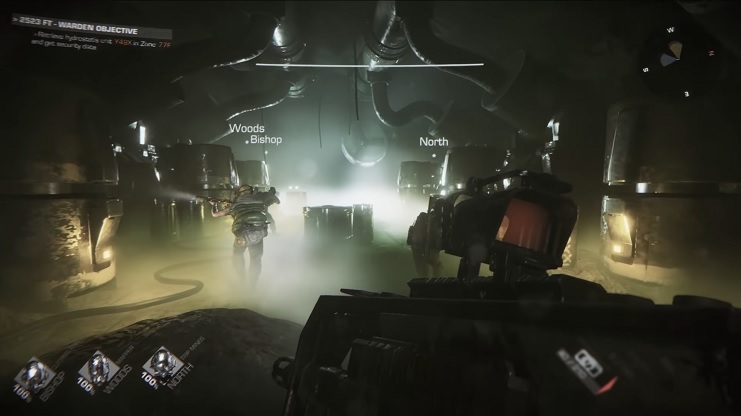 GTFO is a four-player coop survival horror game. The game is reminiscent of games like Left For Dead, Evolve, and Dead By Daylight. What players know of the story so far is not a lot.

The main premise is about a facility built on top of the Chicxulub Crater. The crater formed after the extinction-level asteroid strike. "Prisoner" teams go down the facility and explore it to scavenge its vicinity and do various tasks.

The game has added a ton of content since its inception. Their second rundown added the "Dig Site" environment, together with new warden objectives.

To experience The Vessel, GTFO is available for Early Access on Steam. Players can access the community through their Discord server, boasting 185,000 players and counting.