Here are some of the BTS members’ favorite television series and shows.

BTS is one of the most popular K-pop groups today. With their smashing success and cult-like following, it is not surprising why their personal favorites have become intriguing for fans. Whether it is about their favorite foods or hobbies, or even their favorite shows, the “ARMY” are always on the scene to get to know these things.

Some may think that the members of BTS would only love Korean shows. But, the truth is, their personal preferences are so diverse that they also love to watch Western materials. In fact, they revealed that one of their recommendations has taught them to learn proper English, according to Cheat Sheet.

They are fans of the hit series, Friends

Several members of BTS reportedly love watching Friends. These include RM, Jin, and Suga. Some of them even watched the entirety of the sitcom more than twice.

While Jin and Suga enjoyed the Jennifer Aniston-led show, RM has a more significant attachment to the hit sitcom. As reported, Friends became his tool to learn English. Reports then noted that he has become the usual “translator” for his co-members when they have tours and visits outside Korea. Since then, he has also reportedly credited the show for it.

Speaking to an interview, RM shared that Friends was his “English teacher.” He reportedly started to watch it when he was 14 or 15 years old. Although his parents were the ones who made him watch the sitcom, he immediately loved it. “it was quite like a syndrome for all the Korean parents to make their kids watch Friends,” he explained. 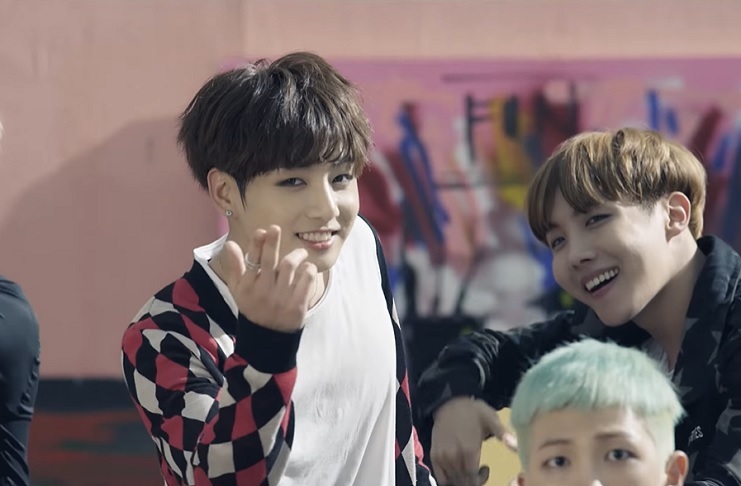 Aside from Friends, all members of BTS reportedly love and encourage watching animated series. Several publications even released photos of some of them watching a few of their favorites before going on shows for performances.

Among all their top picks, they highly recommend Dragon Ball and Naruto, according to Koreaboo. As stated, the K-pop group even “chose to sing” Naruto‘s theme song during karaoke sessions.

As for the specific preferences, Jimin reportedly loves One Piece so much. A Roronoa Zoro action figure gift even moved him when he received it for his birthday, the reports said.

For V, it is My Hero Academia. As for Suga and Jungkook, they reportedly prefer Slam Dunk, Haikyuu!, and Spirited Away. For Hoseok, the only BTS member who reportedly watches fewer anime series loves Crayon Shin-Chan.